Mold Can Strike Any Poughkeepsie Home 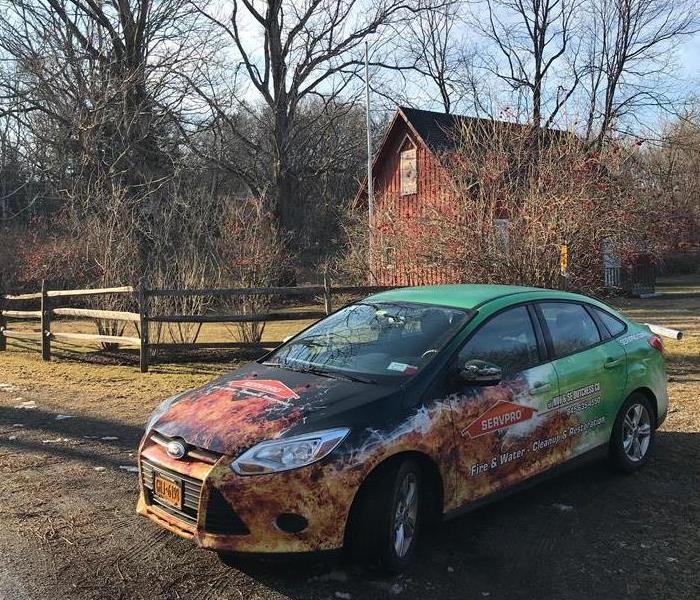 Poughkeepsie is the beautiful Queen City of the Hudson and is a bustling city of over 30,000 residents. Settled by the Dutch in the 17th century, it became a chartered city in 1854. After the Revolutionary War, it became the capital of New York. Today it is a diverse community of people who live, work, and play together.

The land was acquired from a Native American Tribe in 1686 by Robert Sanders, an English colonist, and Myndert Harmense Van Den Bogaerdt, a Dutchman. The Dutch families of van Kleeck and van Oosterom were the first to settle in the area. The little community spread very quickly, and in 1720 the Reformed Church of Poughkeepsie began.

The city of Poughkeepsie is not to be confused with the town by the same name. This village was incorporated in 1799. Today the city and town are often considered one big community.

During the war, the town was spared any severe damage. Revolutionary War giants such as John Jay, Alexander Hamilton, and George Clinton were part of the Ratification Convention for New York State in 1788. New York was excited to be the eleventh state at this time and to take part in ratifying the United States Constitution. It was a solemn yet celebratory time in history.

Whaling was still a big business in the 19th century. Poughkeepsie was a hub for whale rendering. Soon would follow:

Times were good, and money was flowing through the area. The rich and famous built magnificent vacation homes nearby. The Rogers, Vanderbilts, and Astors were able to escape to the beautiful location but yet still be close to New York City.  You can still see the Vanderbilt mansion in the town of Hyde Park. It is a stunning example of an American industrialist mansion. Many of these were built during the 19th century, and the families that owned them helped bring prosperity to the area. There are several historic districts in Poughkeepsie. These historic districts include:

Each district is rich in history with its own unique story.

Matthew Vassar, who founded Vassar College, started building an estate that was never finished. Today it is registered as a National Historic Landmark. The area is vast, consisting of 140 acres. There are 46 buildings on the estate, and was a planned neighborhood, the first in the city. It is a fascinating mix of 19th and 20th-century architectural styles. To preserve the area's historical value, the residents voted to establish the district in the late 1970s.

A middle-class district when it was built, it is comprised of four acres on which sits 27 houses. This district went on the National Register of Historic Places in 1982. All of the homes here have similar architectural designs, and they all have clapboard siding.

The homes in this community were put up between 1895 and 1915. The designs of the homes are in different revival styles. There are 17 residential structures.

This area is on 20 acres, and it is in the southern part of Poughkeepsie. Originally it was known as “Little Commons” and spanned over 53 acres. The van Kleeck family owned the property but eventually sold a portion of it to Bronson French. Several businessmen bought that portion in 1836 and planned for upscale homes to be built. Garfield District led the way in demonstrating the possibilities for the town when it came to residential homes.

There are approximately 139 historic buildings on 27 acres in this area. Several of the buildings in this district hold their own place on the Register. They include the Church of the Holy Comforter, Vassar Institute, and Vassar Home for Aged Men.

Our Lady of Mount Carmel Church is owed the honor of being the district’s namesake. The church began in 1910, and a parish school opened in 1935. This district drew immigrants into the town. The Irish were the first, followed by Italians, and today Latinos. It is still known as “Little Italy”.

Sitting on approximately 42 acres, this eight-block district is the oldest neighborhood in Poughkeepsie. It was the first district to be placed on the Register. Its humble beginnings started in 1767. A path to the Hudson River turned into a street, and the rest is history. Many Slavic immigrants moved into the area. It was a working-class neighborhood with Irish, Germans, Poles, and Italians living there.

Any Home Can Have a Mold Problem

No matter where you live in Poughkeepsie, you can develop mold with the proper conditions. Mold is not something you want to try to clean up yourself. If you use the wrong cleanser, you could cause further damage to the impacted surface. It is also not something you want to ignore, as it can cause health effects. SERVPRO can provide mold remediation to your home that can stop the growth in its tracks. Depending on the extent of the problem, our technicians:

SERVPRO has been providing mold remediation for the area for quite some time with many satisfied customers. When we arrive at the scene, we do a scope to determine exactly what needs to be done. We then put a plan of action together so the crew can be busy resolving the problem.

SERVPRO of NW & SE Dutchess County is proud to be part of such a historic town. For mold remediation services, contact us at (846) 635-4550.