Explore A Slice Of Hudson Valley History In Poughkeepsie 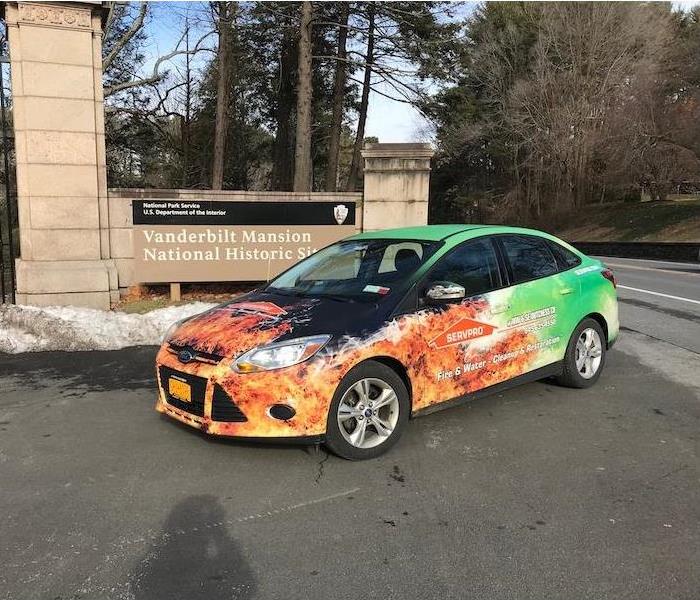 Flood damage is a serious issue. Leave it to the trained professionals at SERVPRO for all of the storm damage restoration services needed.

Vibrant Dutchess County City Offers A Window Into The Past

Poughkeepsie has always held a special place in Hudson Valley history. Dutch colonist Myndert Harmense Van Den Bogaerdt and English colonist Robert Sanders purchased the land in 1686. Growth happened fast, and the first church was founded in Poughkeepsie in 1720. The city serves as New York State's second capital. When the town of Poughkeepsie was incorporated in 1799, the rest of the community split off and eventually became chartered as the city of Poughkeepsie. However, the town and city are usually seen as one whole place, given the name "Poughkeepsie," and a combined population of 74,751.

Poughkeepsie also bears the charming name The Queen City of The Hudson, and the city has a proud riverside heritage. There are two Hudson crossings in the town. The Walkway Over The Hudson is an ex-railroad bridge from the nineteenth century. It is now a pedestrian walkway that spans the river. The mid-Hudson toll bridge is a significant traffic thoroughfare.

Get Close To History In Poughkeepsie

You will never be short of interesting historical sites to see in Poughkeepsie. The city has several historic districts that are worth visiting:

While you are strolling around Poughkeepsie's historic districts, there are two buildings that you will not want to miss.

The Building at 73 Mansion Street is an excellent example of Queen Anne style architecture. When the neighboring area of Balding Avenue was granted Historic District status, the awarding body excluded 73 Mansion Street because its style did not match the Balding homes in the rest of the street. The building was finally recognized in its own right, and it is worth a stroll past to see the striking architecture and the colored glass window inserts.

When you are finished, take a trip to nearby Hyde Park to see the Vanderbilt Mansion. The mansion is one of the most prominent Hudson River estates and features 54 rooms arranged in the Beaux-Arts style, which was popular in Paris in the nineteenth century. The house is beautifully furnished with period pieces, and you can also take a stroll around the Italian Gardens.

Get To Know Poughkeepsie's Famous Residents

Poughkeepsie has many interesting historical sites – but did you know it is also the birthplace of some fascinating figures? Some innovative Poughkeepsie natives include:

Unfortunately, the Poughkeepsie area is familiar with storms and floods. In August of 2020, a severe storm brought down trees and left many homes without power. It is distressing to see your home damaged by flooding after a storm, but SERVPRO is on hand to help:

You can rest assured that we will discuss all plans with you before proceeding.