Poughkeepsie Walkway Over the Hudson River 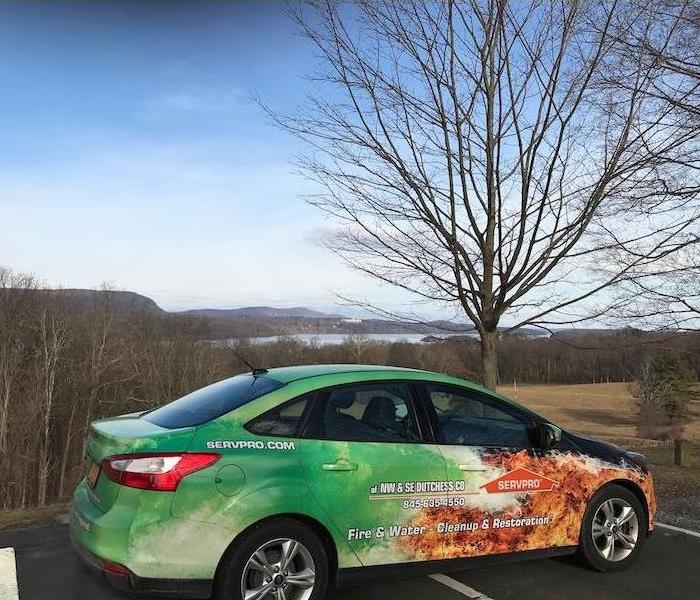 SERVPRO has the experienced technicians with the equipment and expertise your company needs after a water catastrophe. Give us a call right away.

Historic Homes and Colleges Among Interesting Things To Do in Poughkeepsie

Dutch and English colonists acquired the land to become Poughkeepsie in 1686 from a local Native American tribe. The settlement grew over the years and became an incorporated village in 1799, and chartered as a city in 1854. There is some confusion about the town of Poughkeepsie and the city of Poughkeepsie; however, locals generally view the area as the same place.

Poughkeepsie was the second capital of the State of New York after the city of Kingston was burned by the British. Ratification for New York to enter the United States as the 11th state at the courthouse on Market Street. Well-positioned along the Hudson River, Poughkeepsie industries included whale rendering, shipping, millineries, paper mills, and breweries. The Astors, Rogers, and Vanderbilts constructed large palatial homes nearby. The Vanderbilt Mansion is a registered national historic site. There are seven historic districts within the city, each with its history and contribution to the growing city.

There are many attractions in Poughkeepsie for locals and tourists to experience. Several of the more popular attractions include:

Walkway Over the Hudson State Park

Walkway Over the Hudson State Park

The Walkway Over the Hudson has been in operation since 2009 and provides breathtaking views of the Hudson River Landscape. Pedestrians, hikers, joggers, and cyclists can cross the Hudson on this 1.28-mile-long bridge. It is the longest elevated bridge for pedestrians in the world. The deck of the bridge is 212 feet above the surface of the Hudson River.

New Haven Railroad line Built the bridge to facilitate a rail link to New York and New England to a nationwide rail network. The bridge was abandoned after a fire in 1974 until a consortium of public and private groups got together to attract sufficient funds to construct the Walkway on the old rail bridge.

Access to the Walkway Over the Hudson on the Poughkeepsie side is via a glass elevator. Service animals and bicycles are allowed on the elevator. Household pets, while not allowed on the elevator, can be taken onto the bridge provided they are on a leash. Interpretive signs and audio tours are available online in English, Spanish, Italian, and Mandarin. There are also rail trails connecting to the bridge on both sides of the park. Hours of operation are from dawn to dusk, and fees vary by location.

An Italian style mansion along with a carriage house, ice house, hiking trails, flower gardens was built in 1851 on a 200-acre site overlooking the Hudson River for Samuel Morse, inventor of the telegraph. In later years (1901), the Young family purchased the property, refurbished and furnished it with the family's heirlooms. The family added several rooms. They also added modern features such as running water, central heat, and electricity. The house was opened to the public in 1958 and declared a National Historic Landmark in 1964. There are 25 rooms and over 15,000 items in the collection, consisting of furniture, paintings, and a variety of decorative art.

Visitors can roam the grounds and take in the hiking trails free of charge; there is a fee for guided tours of the mansion.

Vassar college started in 1861 as one of the first women-only colleges offering a liberal arts education to women and similar to the day's best men's academic colleges. The first class began in September 1865 for a tuition of $350 for residence and tuition. This charge was a significant amount for that period. Coeducational courses have been offered since 1969. Today, Vassar is recognized as one of the best liberal arts colleges in the country. Vassar College is well known for its campus's beauty, innovations in curricular activities, and pioneering educational achievements. Approximately 2,400 students are attending college at this time.

Founded in 1864 as the Vassar College Art Gallery, it is now named after a primary donor, Frances Lehman Loeb. There are over 22,000 works from every art form covering art from antiquity to the present. Paintings, sculptures, drawings, prints, photographs, textiles, glass, and ceramic wares are displayed. A notable feature of the center is removing items from storage and having them available for class at short notice, providing a unique and informative experience for students.

While current health guidelines are in place, anyone can visit the center during public hours on weekends. There are no tours at this time.

Commercial companies of all sizes have one thing in common, and that is "Time Matters"! Whenever there is an emergency caused by a water leak or flooding, your company may be shut down until everything is restored and cleaned up. Also, water restoration completed quickly can significantly reduce the amount of damage with less spoilage of contents and reduce potential mold problems.

That's why SERVPRO offers fast service and direct billing to your insurance company. Our service guarantee is "1-4-8". We:

Return your call within one hour of your emergency call

Our team is on-site within 4 hours, usually less.

Provide a report to you and your insurance company in less than 8 hours!

We also save you time, so you can focus on returning your operations to normal. Our team can submit our bill directly to your insurance company, reducing the time spent processing bills and submitting claims. Our rates are pre-negotiated, and we have qualified technicians ready to respond to any emergency.

SERVPRO of NW & SE Dutchess County provides commercial water restoration assistance to Poughkeepsie companies and surrounding areas. Call (845) 635-4550. Our SERVPRO team is prepared to respond 24/7 to help with all your water restoration needs.