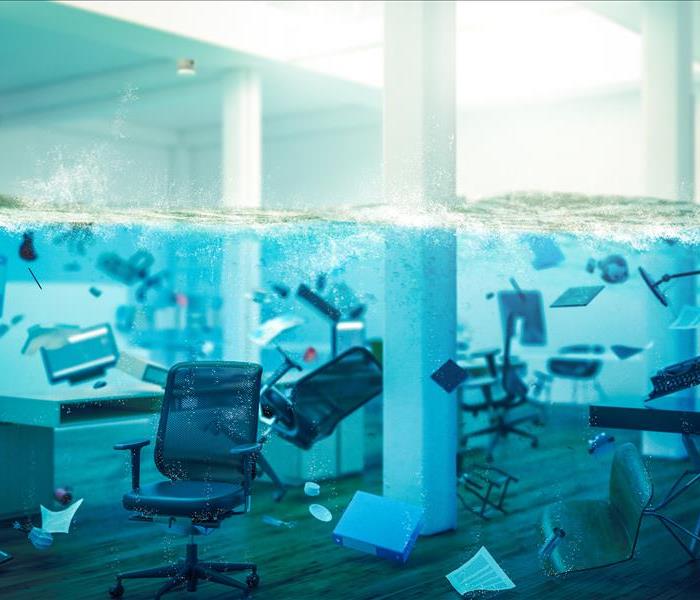 SERVPRO has the total package for your water damaged property. From start to finish we will be there all the way.

Poughkeepsie has a long history in the state of New York. English and Dutch colonists initially settled it after purchasing the land from a local Native American tribe in 1686. Although the original settlers were limited to the purchasers' families, the community increased, and one of the first buildings on the site was the Reformed Church of Poughkeepsie in 1720.

During the American Revolutionary War, no battles occurred in this area, and for a short time, it was made the capital of New York after Kingston got burned by the British. In 1788, during the Ratification Convention for the State of New York, it entered the United States to become part of the original Thirteen Colonies. In 1799, after the incorporation of the City, the local municipal government created a new seal.

Throughout the 1800s, the Poughkeepsie area continued to grown, and various industries established themselves. One of the main sectors for this city was fishing, including the rendering of whales. Other trades that flourished in this town included:

Many prominent American families built their homes in the area, such as the Astors, Rogers, and Vanderbilts. They could be within a short commute to New York City without living among the noise and rancor. The area continues to boast several historic homes built by American industrialists in the 19th century. Many beautiful buildings with detailed architecture got erected during this initial period of growth, including the Bardavon 1869 Opera House, which lays claim as one of the oldest continuously operating entertainment venues in New York State.

Why Is It Better To Handoff Home Damage to Poughkeepsie Water Restoration Companies?

One of the biggest reasons for Poughkeepsie homeowners who need water restoration companies, entrust the cleanup of their home to a certified, professional service such as SERVPRO is the assurance that a reliable job gets done.

Without the proper equipment and the understanding that using it entails, something as simple as mapping out a migration path for the water within the structure cannot get accomplished. The techs use various devices to determine if the water managed to seep under the flooring or wick into the walls. These situations call for specific responses to lessen the damage within the home through the use of:

There are different types of water damage, and some varieties such as flooding from groundwater and sewage in the home are hazardous for humans and pets to come into contact with. SERVPRO techs have protective clothing and experience handling biohazard waste, including the proper disposal methods to ensure it gets dealt with safely for all.

After the water and drying extraction, the technicians work on cleaning surfaces to bring them back to a sanitary standard for use by the home's residents.

SERVPRO of NW & SE Dutchess County at (845) 635-4550 supports the local Poughkeepsie community as the choice among water restoration companies.